Thought to be the least good of the 917's, this car proved the best.  It was credited with the worst time in the trials (3m 32.6s), but this did not prevent it triumphing after its Anglo-German team had driven a very consistent race.  Lying ninth in the first hour, it was then in first place from the eleventh hour to the finish. 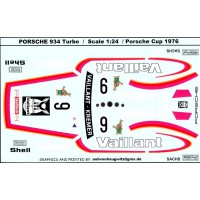 1:24th scale decal conversion sheet for the Porsche 934 'Vaillant'.  Designed for use with the .. 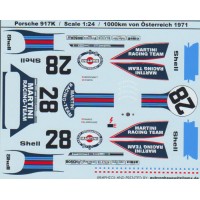 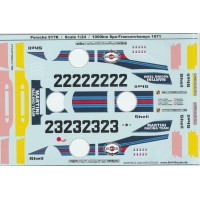